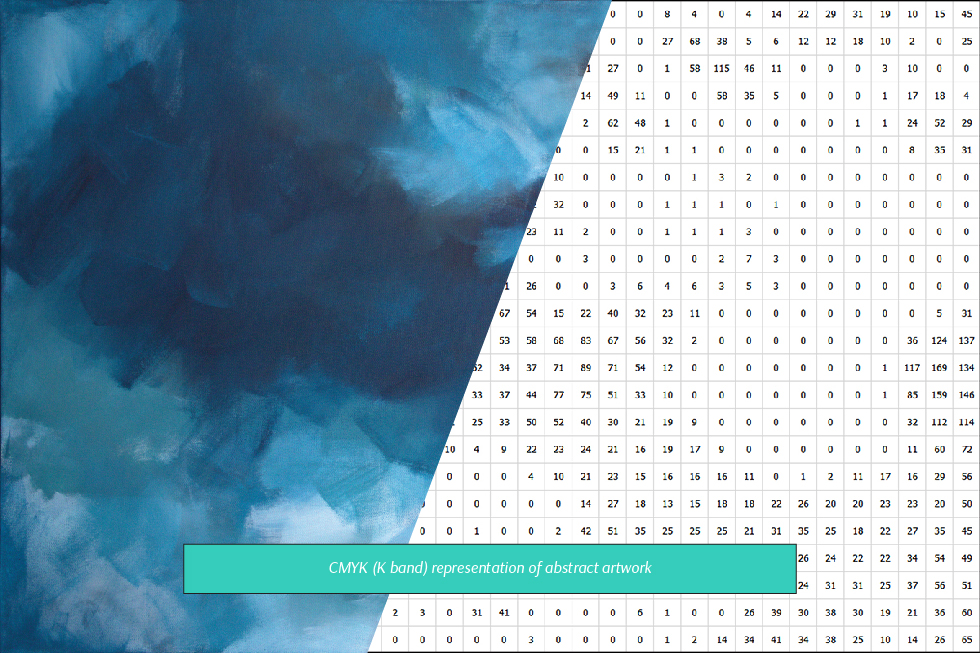 Last year, I had the privilege of attending the end of year function at Consilium Technology. Throughout the night, I had the opportunity to speak to several of the data scientists about their current projects and the data problems they were trying to solve. For me, this was perfect timing as I had recently started to re-learn machine learning through Standford Uni lecture series for Convolutional Neural Networks for Visual Recognition (a recommendation from the Deep Learning course from FastAI). Because why not, right?!

The night was a great opportunity to have a technical conversation in an area I was interested in. The last time I had looked at machine learning & deep learning was back at uni. So it had been awhile.

Although this little side project falls under the banner of image processing, and not machine learning, the idea for it was definitely inspired by Consilium and my reignited interest in data science through the Stanford Uni lecture series.

My idea for this project was to paint something that was Consilium inspired and to also create its numerical equivalent to hang alongside the original painting. Because I wanted to create this numerical representation physically, it made sense to deduce it’s CMYK representation, rather than it’s RGB representation.

As I painted the piece, what I had fresh in my mind were the words impact and disrupt. Impact because I knew they had just won the Impact Awards, and disrupt because that word seemed to stick in my mind from a post I had read about the GAIA project disrupting the wine industry.

For me, these words translate to a visual that’s very powerful and action-centric. So it completely made sense to translate and represent a Consilium inspired colour palette on a large canvas with intentional brush strokes.

Although their branding has their colours blended, it made more sense for me to articulate their success and impact, in a much more powerful way with distinct, visible brush strokes. Though I did choose to have a gradual transition between colours to maintain the blended aspect of their design. I also chose to embed darker hues to their brand colours to add to the power of the piece and further focus on the words impact and disrupt in a visual way.

Essentially if Consilium’s current success and impact could be summed up in a painting, this is how I would represent it. 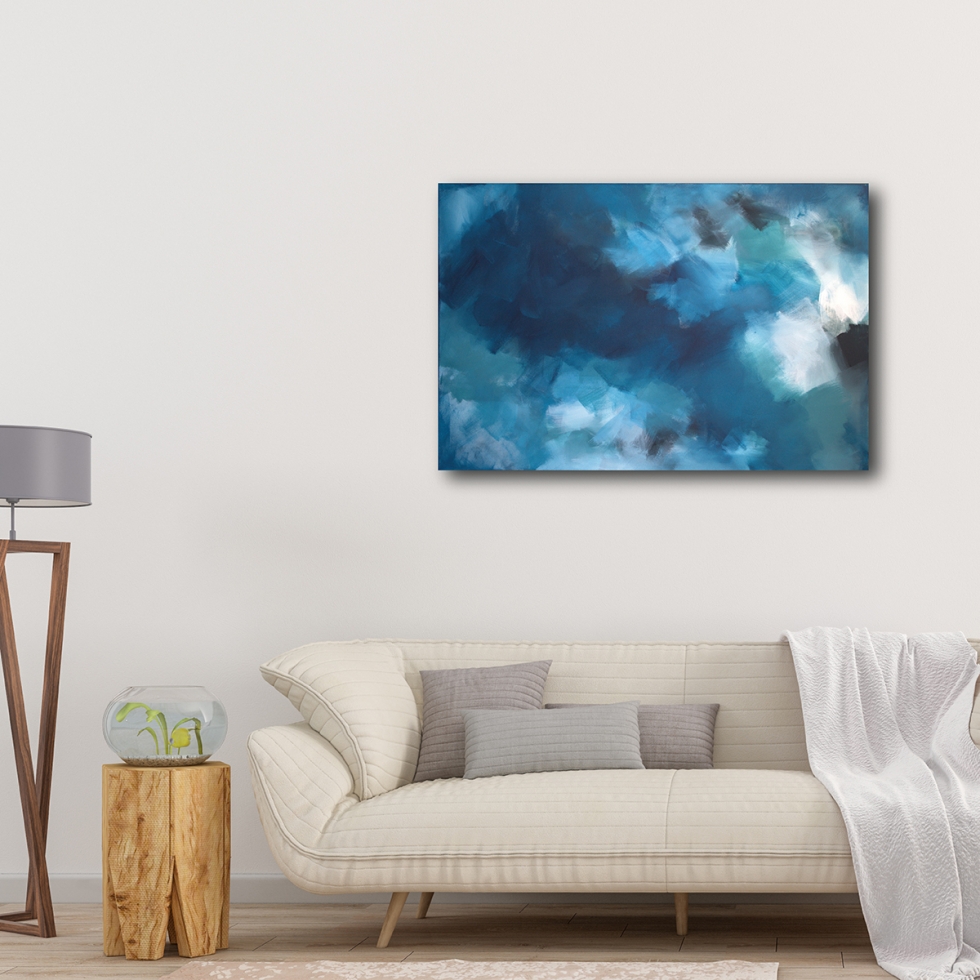 Abstract  representation of Consilium’s success and impact in 2018

To generate the CMYK representation of the painting, I used the Python image processing library Pillow, which is just a fork of PIL, the Python Imaging Library, to import the image and process the colour bands.

Given that I wanted to print the CMYK representation to hang alongside the painting, I needed to decide on a resolution for the image processing so that when the values (numbers) were printed, they could be visible to the naked eye. And clearly, representing one pixel in its physical size was definitely not going to be readable. So I decided on a resolution of 1 pixel per inch, which meant that each CMYK pixel value would represent a painting area of 1 inch by 1 inch.

With this resolution in mind, I converted my original hi-res image of the painting to a resolution of 1 ppi. 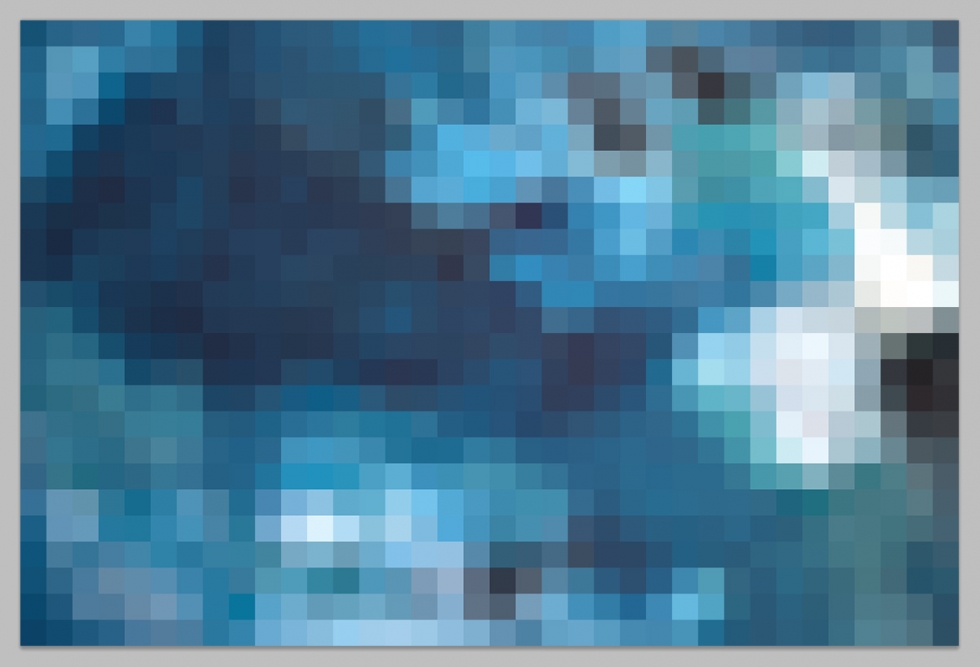 Then I used this image, in its tiff file format (to retain the CMYK colour bands) to process in Python to deduce the colour bands values for each pixel.

I also ran some small test cases to cross-check the values derived from the python library with what I could see in Photoshop. Paranoid much? I’d like to say that I was just being thorough… 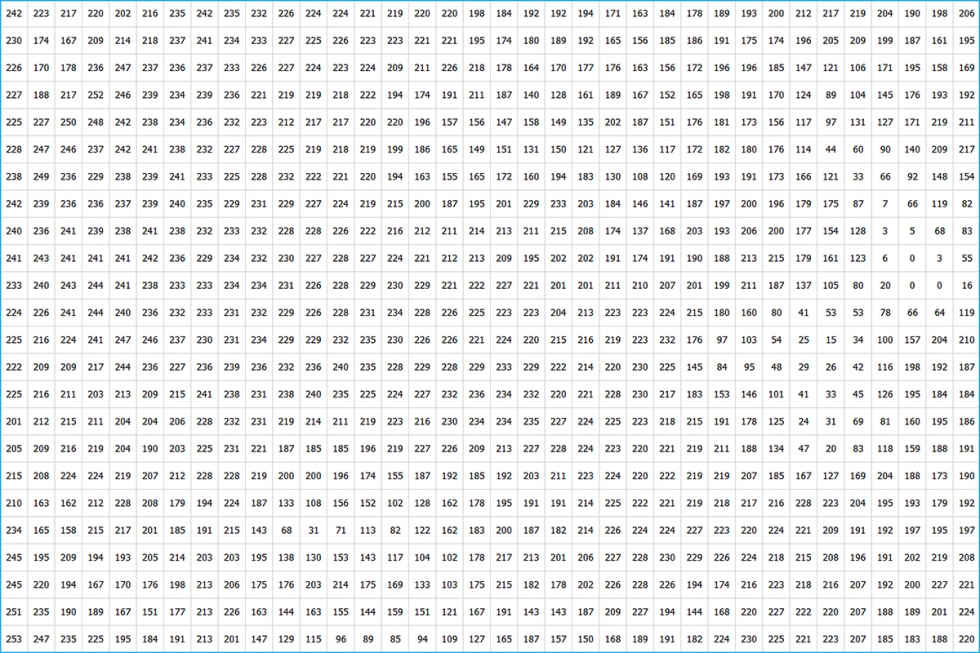 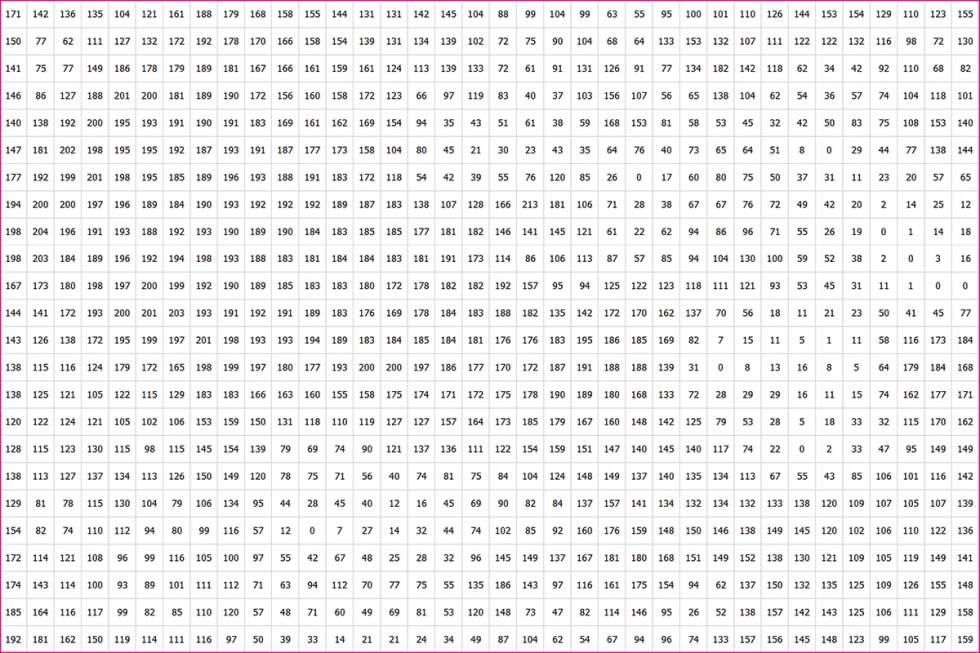 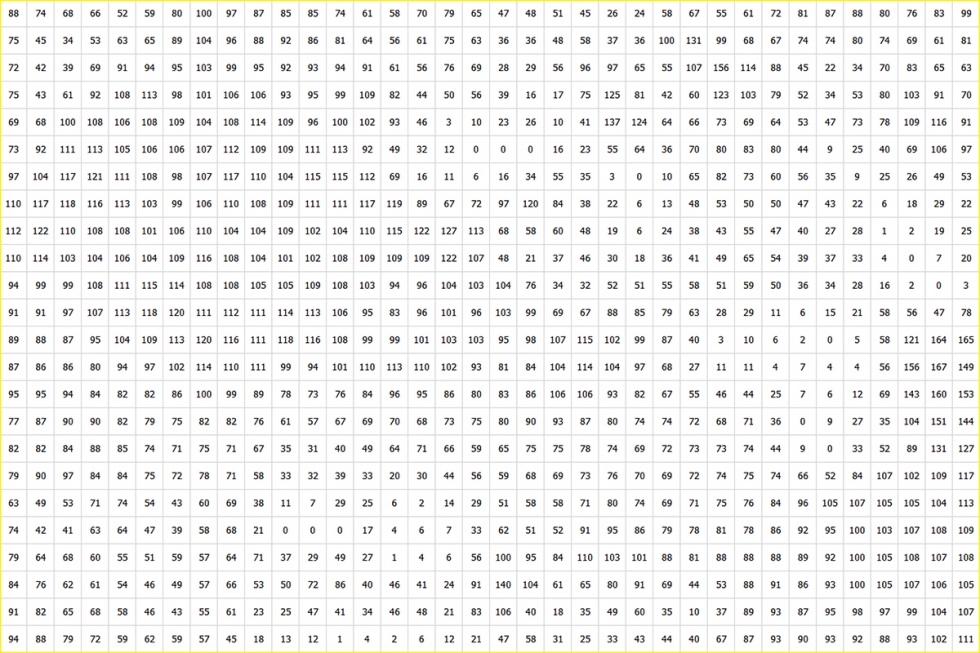 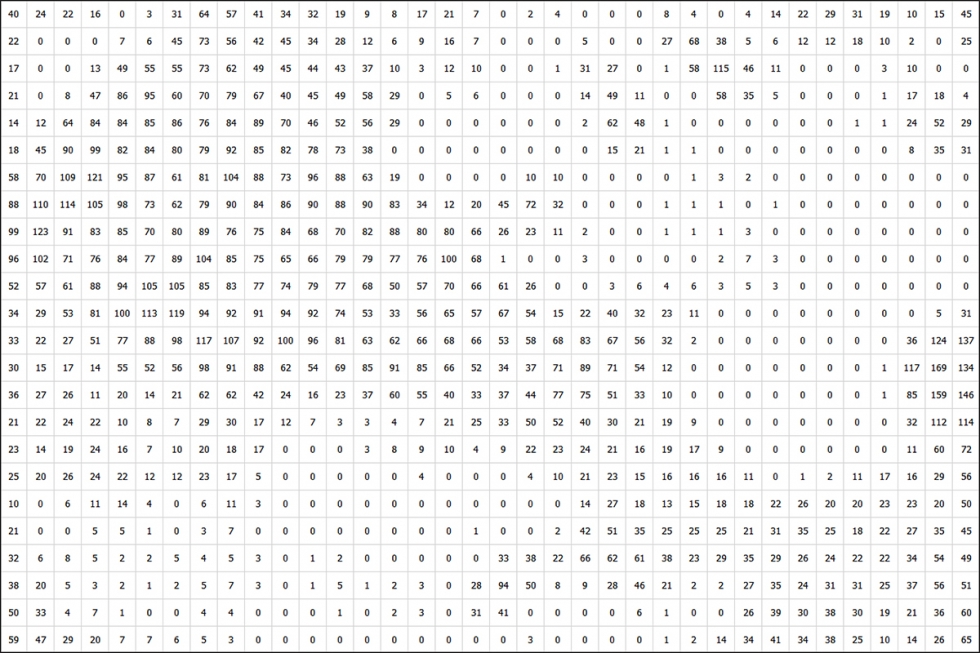 When I’m done handwriting these pixel values onto canvas cloth, I’ll be attaching the four layers onto the one dowel, so that any of the colour bands can be on shown simply by flipping the layers over, and display alongside the painting. And it will look something like this. 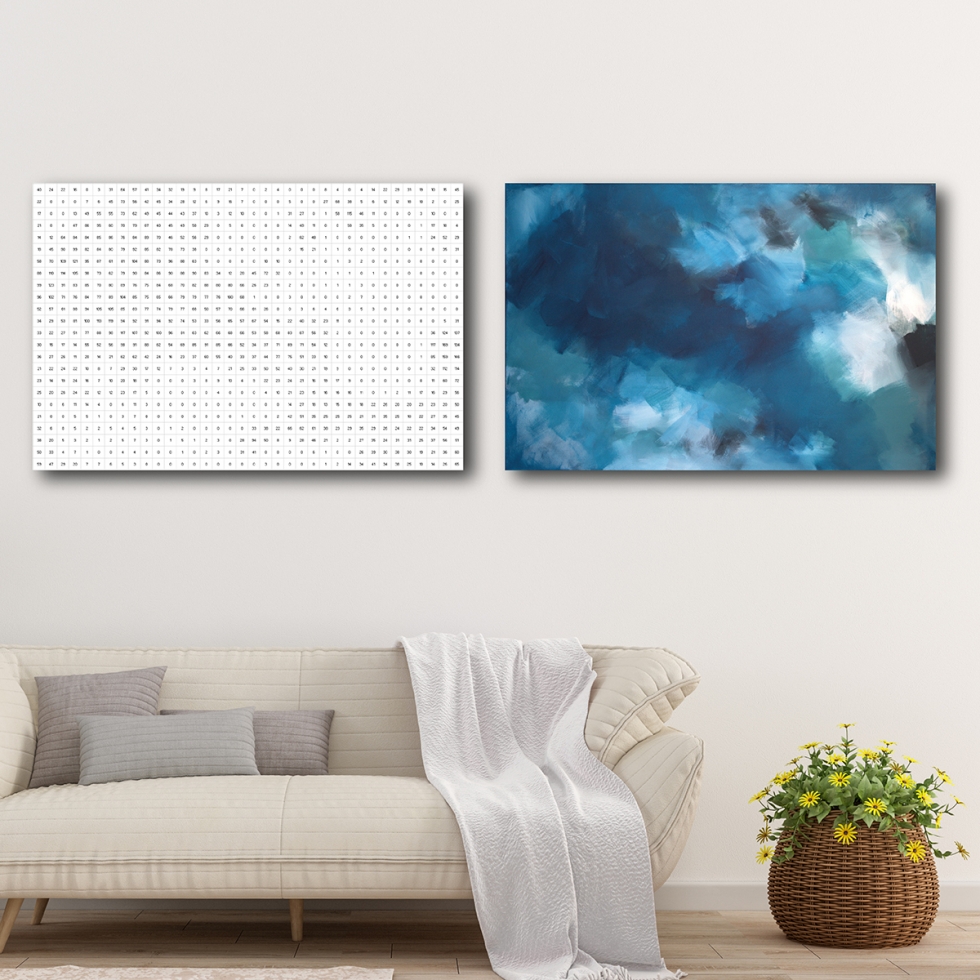 Although in the above mockup the K band values of the CMYK representation are not visible, they will be when you physically stand before it.

← Previous: Large Colourful Square Abstract Art For Your Dining Area Next: Currently In The Art Studio →

Two hours into this entire process and I think I’ve reached my limit with the speed of making edits in the blog post and waiting for it to save. So I’ve decided I might actually resize the droplet again but add another vCPU – however, this does mean I will probably wait around 15 minutes for this process to complete but that seems worth it for my sanity. Waiting 5 minutes to process each click is driving me mad. 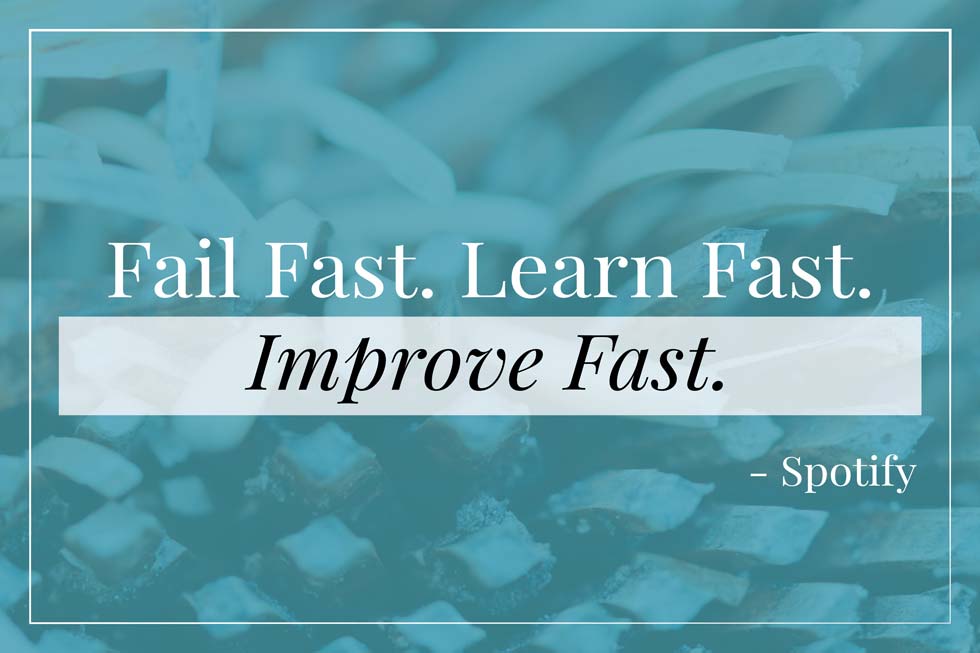 Quote – Fail Fast. Learn Fast. Improve Fast. You have to try things (and sometimes fail) and just keep learning from them. The goal is NOT to let fear of failure stop you. 3D geometric art structure painted using 7 colours such that no two adjacent edges connected by a node are of the same colour.
Whoever you are, whatever you’re drawn to, it’s what makes you, you, and what makes you unique. Celebrate who you are.